Gareth Thomas is the focus in the pilot of MJTV's new range of CDs called 'The Actor Speaks' Each CD will focus on a particular actor and aims to highlight their diverse talents and abilities. It also aims to explore areas of the character that actor is well-known for playing. It will not retread areas that other CDs, tapes or videos have previously done. 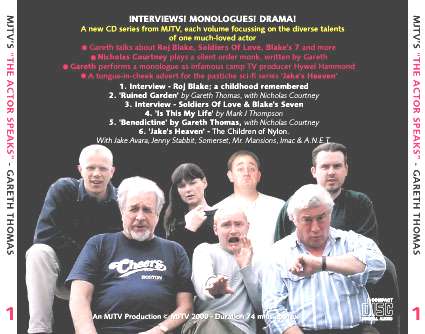 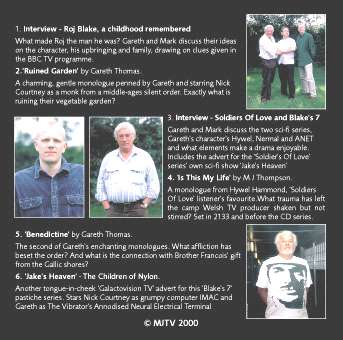 'I hope this allows listeners and fans to see the varied talents and abilities of their favourite actors. I also wanted to give the actors a chance to have some of their own work performed and released. If this CD is a success, there will be another 2 volumes released this year.' MJT

Back to Soldiers of Love

Back to Tapes and CDs